The Moa. A big bird. 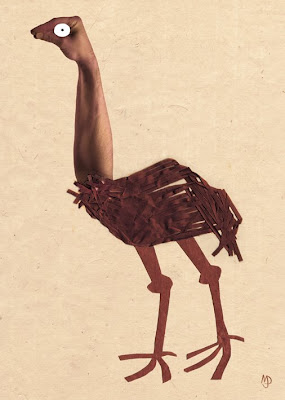 David Attenborough's latest programme was all about big birds (and not the one found on Sesame Street), specifically the various species of now extinct, flightless New Zealand Moa and also the similarly extinct and ground based Aepyornis (aka. the elephant bird) of Madagascar. Tuck into the podcast if you want to learn more. I was toying with drawing a big bird but then I thought of Sesame Street puppets and reached for my camera...and paper shredder.
Posted by matt dawson at 22:17 4 comments: 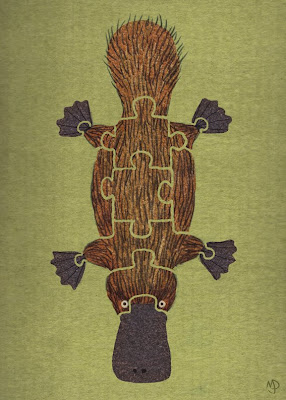 In honour of the third programme in David Attenborough's fascinating series of "life stories" here's a platypus puzzle. As I'm sure you're well aware the platypus (meaning "flat footed", or to give it it's correct biological nomenclature "Ornithorhynchus" meaning "bird billed", ta Dave...:) is a werid and wonderful conglomeration... bits of a reptile here, a jigger of mammal there. Platypus suckle their young (although they don't have nipples) like all mammals, are warm blooded (albeit at a lower temperature than most other mammals), have reptilian like reproductive systems producing soft membrane eggs, have reptile like skeletal features, all topped off with an electromagnetic sensing skin covered bill (hammerhead shark...?). Oh, and not to forget a fat reservoir beaver like tail and, amazingly, venomous horned spurs behind each hind limb! A crazy mixed up little chap! You've got till friday to tune in to David Attenborough's reminiscences. I highly recommend it.
Posted by matt dawson at 22:10 16 comments: 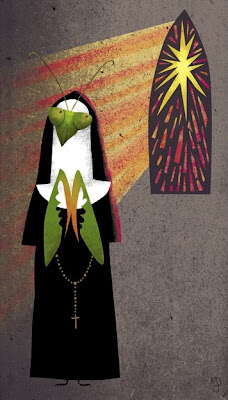 It falls to me to pull my finger out blog wise and play the next shot in the 'twisted creature tennis match' I have tentatively running with m'colleagues Phil and Kev. The subject chosen by Phil was the Praying Mantis.... so here she is. Look forward to your mantis' (or is it mantises, manti, mantids, mantidae...?)... whatever they are called, over to you good chaps :) The next creature is... the toucan.
Posted by matt dawson at 16:59 10 comments: 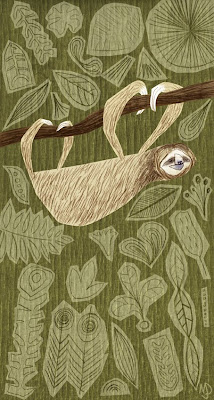 This quick pic was in response to a fantastic series of programmes which started last friday on BBC radio 4. For the next 10 weeks David Attenborough (national treasure and natural history icon) is presenting 10 minute talks on any natural history topic which takes his fancy. Last week's was all about the 3 toed sloth and best of all they are also available as a free podcast to download and keep. I cannot recommend them enough. If you can, tune in and enjoy. I can see myself being inspired with more subject matter as the series runs!

I wanted this to be an exercise in working quickly. A ten minute radio programme inspiring, if not a ten minute pic, then something more off the cuff. I had the plant doodles sitting on my work easel for an age wanting to do something with them. I scanned them in with a mind to using them as an underlay but I suddenly thought why overwork things when I can push for a graphic result with what I already had. It's those spur of the moment choices which sometimes end up really surprising you.

Many thanks to everyone who has left such positive comments for the last post with the Waterstone's competition images. I've had a busy few days and haven't replied to comments as I'd like to but I really appreciate the feedback! Think I'll get over the disappointment... it's all a learning curve :)
Posted by matt dawson at 22:49 13 comments: 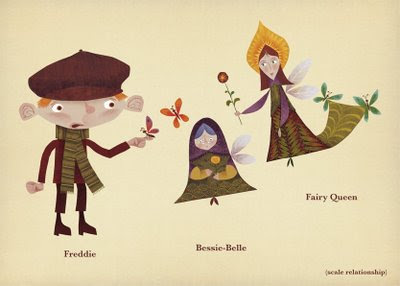 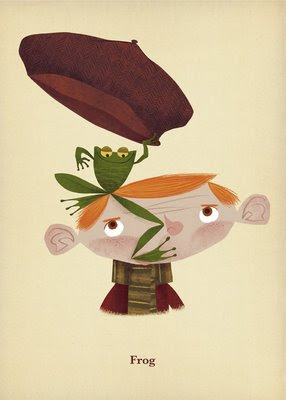 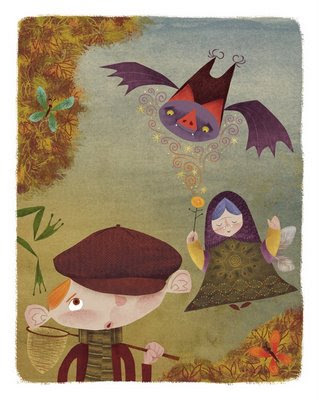 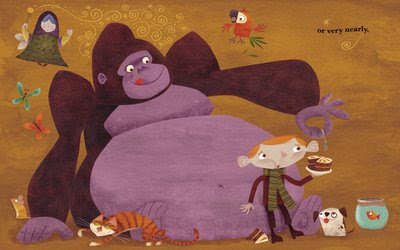 So a lot of sketches and a couple of late nights later here's what I came up with. I don't think I'd do things much differently if I had my time over (although Freddie does need a redesign).... but I'd love to know where I went wrong with respect to what the judges wanted :)
Posted by matt dawson at 09:58 25 comments: 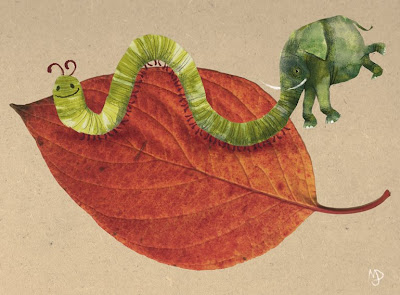 Back from my hols and to get in the swing of things here's a quick bit of whimsy... a 'return' of my good friend Phil's 'twisted elephant drawing tennis match'. This little ... just thought of another name ... caterpachyderm ... loves leaves and peanuts and, after a lengthy metamorphosis turns into the rare, flightless Dumbo moth.
Posted by matt dawson at 22:27 12 comments: