A few weeks back now I was fortunate enough to witness the amazing spectacle that is a murmuration of starlings, all swooping and pulsing in a flock before they roosted for the night. It really is a jaw dropping sight to see... and hear. It sounds just like the sea breaking on shore and, when two masses of birds conjoin it actually moves like waves crashing and flowing together.

I really wanted to try and do justice to the scene and cook up a screen print illustration so, off an on, I've been trying to depict the flavour of the event graphically for the last fews weeks. Just like the actual murmuration itself it's such an intangible thing to capture, like bottling smoke. There are the silhouettes of the birds themselves against the sky but, more importantly, there is the motion of the flock as a whole that I'm trying to get at. The pulses, swirls and eddies of the birds all add up to a group organism that is curiously more than the sum of it's individual parts. It really is like in 1950's cartoons when the protagonist goes after the honey, gets chased by the swarm of bees, who form into a fist and bop them on the head.

It's fascinating to read up on theories about this behaviour of flocks of birds, and also bait balls of fish (something else I'd love to see), grouping in such a manner as to deter predators by, perhaps, appearing as a bigger predator... kinda like when a cat puffs up to 'look big'.... (anyone else recall that far side cartoon ? I need to reread my Far Side, it's been far too long... I digress. Here's a smattering of my exploratory sketches, photos I took of the murmuration, (some as animated gifs) and the final "Early Birds" and "Home to Roost" screen print designs. Hope you enjoy them as much as I did cooking them up! 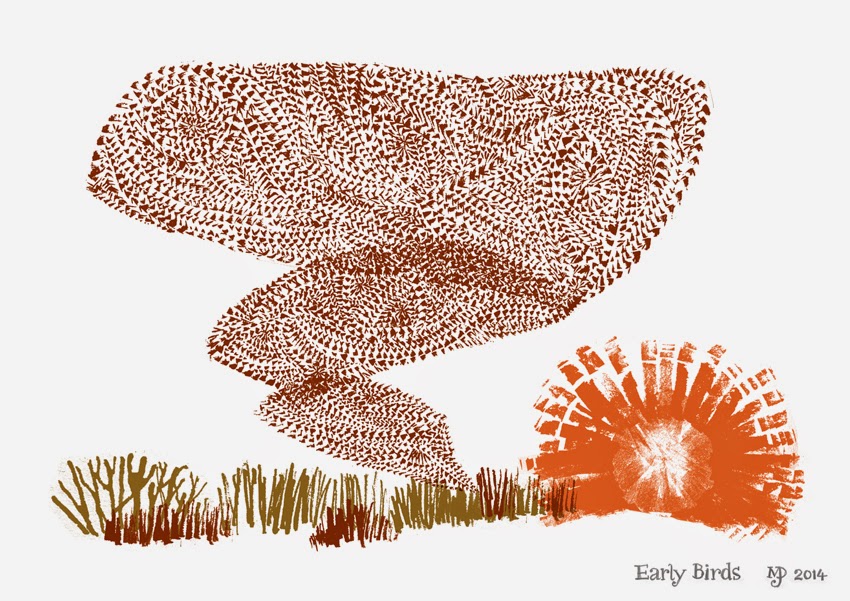 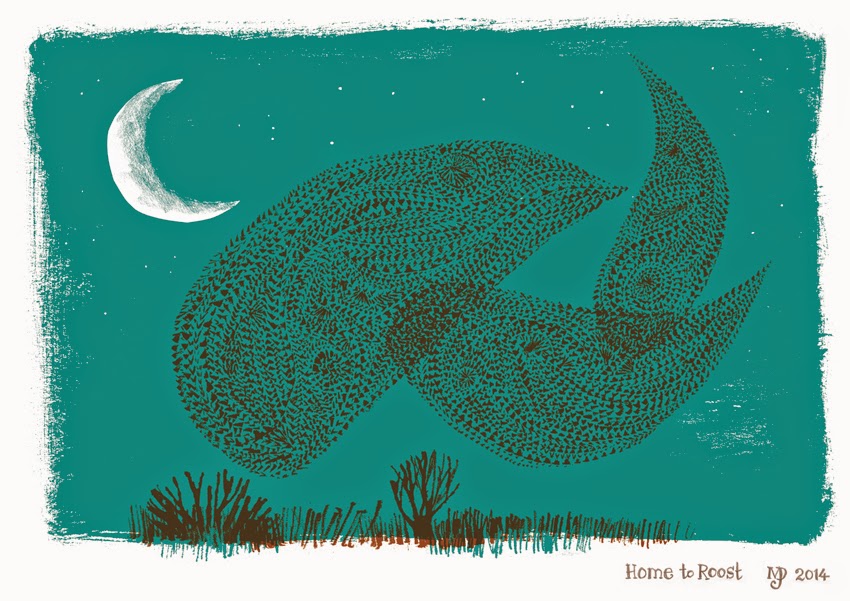 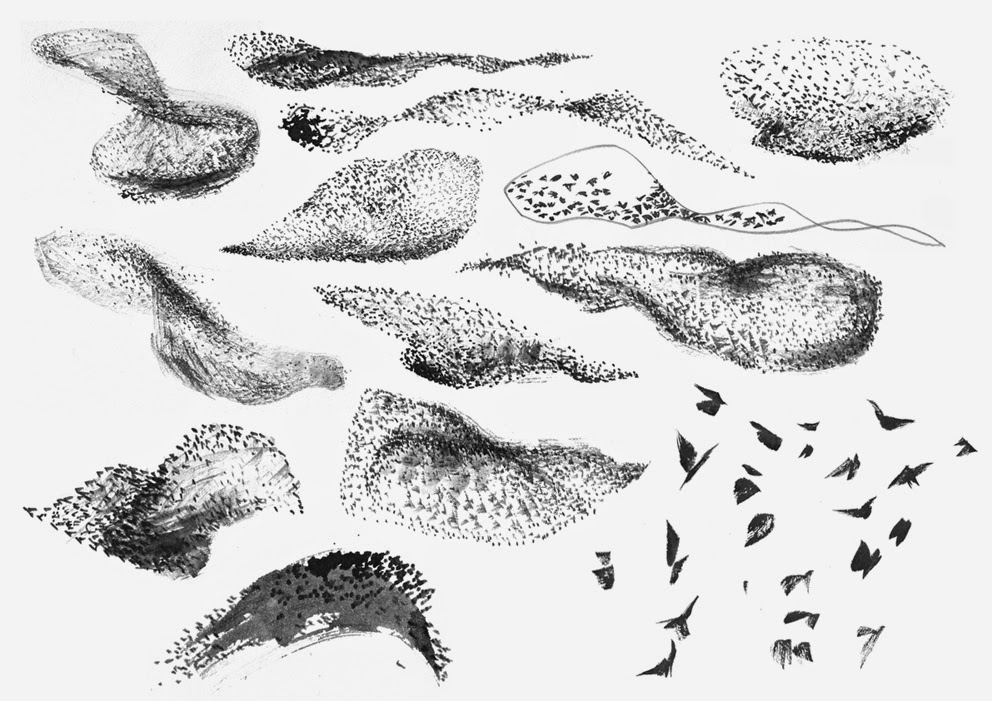 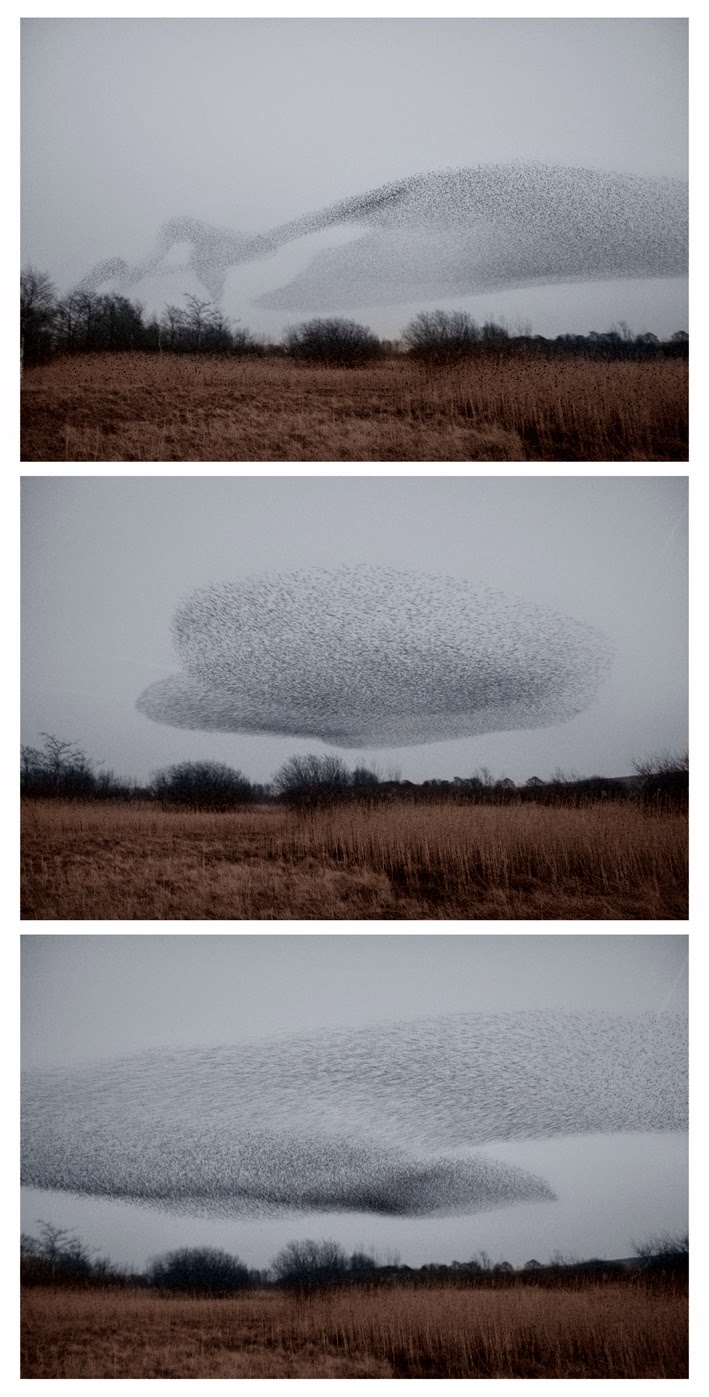