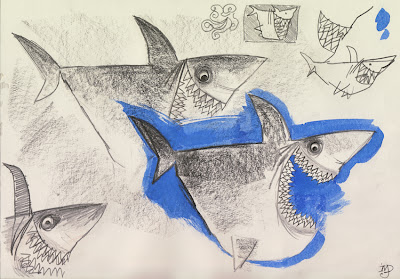 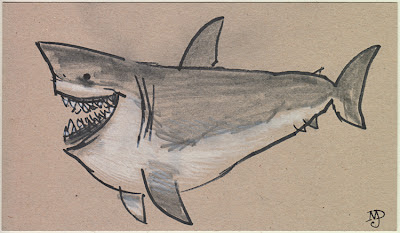 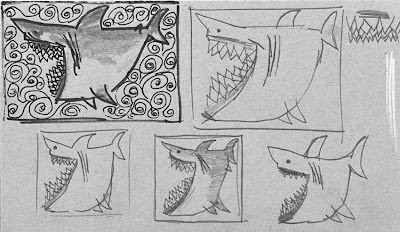 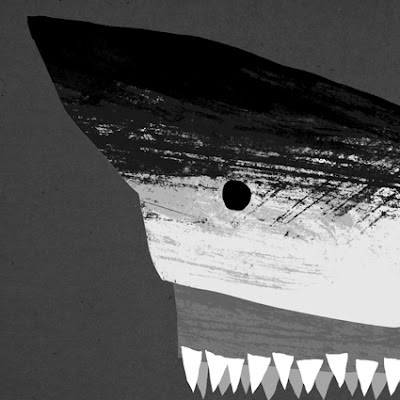 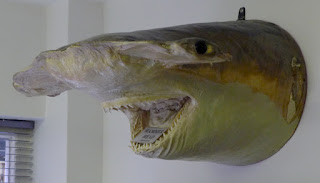 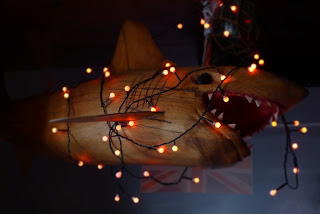 Apparently the collective noun for sharks is a shiver, school or slew... so here's my shiver of shark sketches (and a couple of photos I took; a hammerhead head in a Whitby fish shop and a patriotic jubilee wooden shark in a pub in The Lake District)... all in aid of this months submission to A Little Bit Bunny. As always I've shown a little peek of the final creature. I think my shark has lost something from the initial sketches (often the way when you over work something and loose the spontaneity) but there is definitely a screen print design in this. 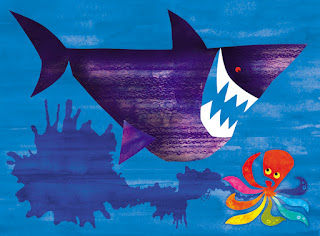 The main starting point for my stylised 'flip top head' shark came from a picture book idea I had back in 2007 for a wayward young octopus. I've been waiting for an opportunity to revisit the toothy villan, and I took the chance to add a few more teeth!
Posted by matt dawson at 19:33 1 comment: 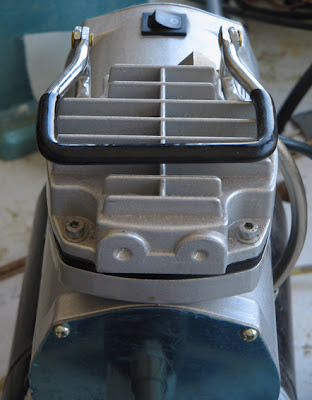 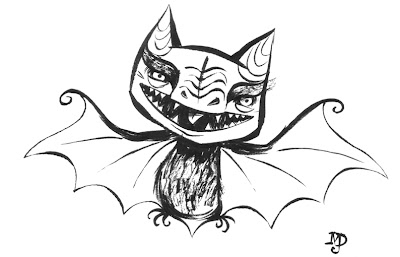 Here's a surprise bat face that I noticed on an air compressor today. That's got to be worth a little inky doodle.
Posted by matt dawson at 19:46 3 comments: