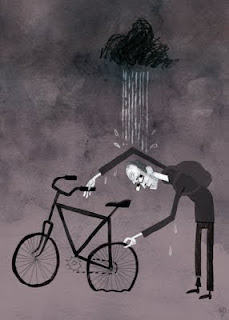 Torrential rain and a puncture... happy, happy, joy, joy! Still I got a drawing out of it. Every cloud has a silver lining :-)
Posted by matt dawson at 23:03 9 comments: 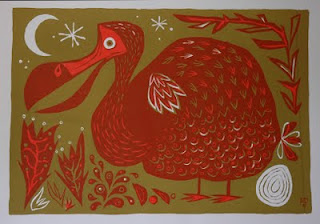 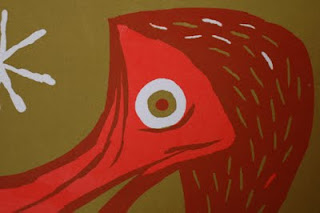 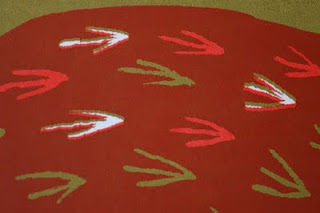 So I did my fast track screen print workshop sessions last week with my revised dodo screen print design, but I have to say I'm more than a little disappointed with the results. It's only my second attempt at screen printing so I know I shouldn't be expecting too much. That said I'd hoped to produce some better, perhaps saleable prints. A bad workman blames his tools so I won't dwell on some of the problems I had with ghost images on screens and scratchy squeegees. It's all a learning curve after all. One big plus was that my revised design was, as I'd hoped, much better than my first attempt with regard to being more forgiving of slipped registration during printing. In fact I'd designed in purposefully misregistered elements. All I had to try and nail were the eye and feet while the rest of the image could, largely, take care of itself. So that gives me something to work with for future designs. My colour mix was better too. Not the same colours as my digital, but a pleasant outcome. I also learnt some more details about the whole process which should come in handy later on. For this print I got to use a larger printing press with a single arm and a vacuum bed, which was interesting. I think however, on balance, I prefered the simpler hand bench press I used for my first print attempt. OK, it might have it's pitfalls but I think it feels like you are more hands on and closer to the work. I really hope to try again soon, although the logistics of how I'm going to set about cost effectively screen printing are a challenge...  I'd love to print on a hand bench set up in my own good time at home rather than working to a course's tight schedule (and courses are expensive)... if only I had a shed or garage... ho hum... Still, no one said it'd be easy, otherwise everyone would be doing it!
Posted by matt dawson at 17:26 6 comments:

If Asleep, now with a dash of colour. 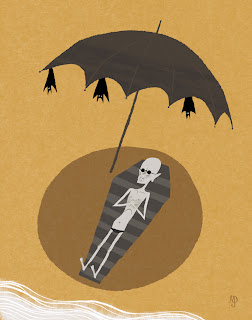 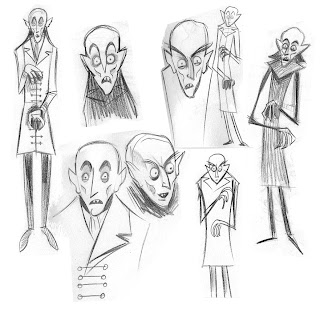 Couldn't resist adding a wee splash of colour to the previous post. I really like the contrast it gives between the pallid greys of the vampire and the glowing sandy beach. Amps up the gag a bit more. I've also posted some doodles I did after finishing the illustration friday picture. I guess I had vampires on the brain! They are based on the intensely spooky Nosferatu film from 1922. I don't know about you but, even now, Max Schreck's performance in that gives me the heebie jeebies.  I think the skippy frame rate and disjointed effects in silent films create a weird, unnerving feel even before you get onto the vampire subject matter. It really goes to show you don't need all the CGI Hollywood bells and whistles (or even dialogue) so long as the story and performances are top notch. And as for 3D movies... don't get me started!!! The Fast Show did a pretty fine take on Nosferatu too :-) Sleep tight... don't let the vampires bite!
Posted by matt dawson at 21:26 4 comments: 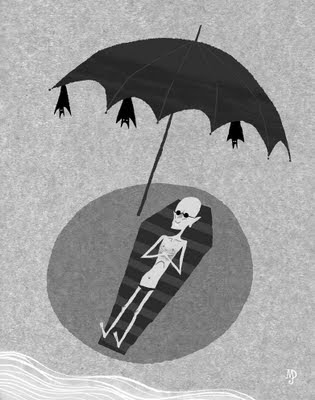 It's been far too long since I last did an Illustration Friday topic. This weeks is "asleep"... a great subject for a bit of whimsy. Like all night shift workers Vampires need to catch some shut eye during the day. I suspect this guy is more interested in the night life of the resort.
Posted by matt dawson at 21:06 10 comments: 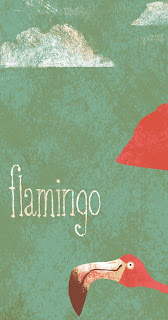 Pinch, punch first of the month as they say. Over on A.L.B.B is my take on this months creature "flamingo". Here's a sneaky peakette :-)
Posted by matt dawson at 08:46 2 comments: