for your kind consideration, "A Little Bit Bunny" 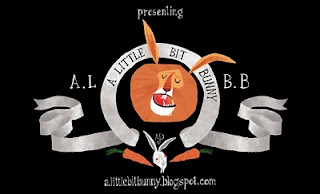 Well the christmas is almost upon us but, if you find yourself on the web with a few moments to aimlessly amble about why not pop on over to the group blog I've been working on with my good friends Kev and Phil. If the mood takes you why not let us know what you think...maybe even join in too...! Hope you enjoy, Merry Christmas everyone! See you in 2011
Posted by matt dawson at 01:00 8 comments: 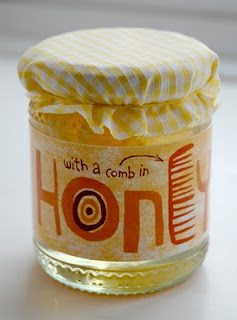 Almost forgot... a little christmas gift for my honey loving folks this year (It won't ruin the surprise, I've already it to them).
Posted by matt dawson at 15:25 10 comments:

Well it's that time of the year once again and it almost looked like I wouldn't get my own cards done, as I like to do each year. I was stuck for an idea and almost bought a pack (!) but my natural aversion to giving card companies money at christmas or, indeed, anytime of year (well OK, charity cards excepted...) spurred me on (as did the truly exceptional hand screened card arriving in the post from my good mate Phil).
Of late I've been (more so than usual) dischuffed with how some of my illustrations have turned out so I've been reworking things a day or so later to try and 'improve things'... never seems to solve all problems, just create a new set to be dissatisfied with! It's laudable to try and improve but counter productive to go backwards instead of forwards. Easier said than done sometimes... 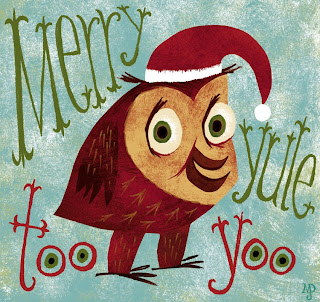 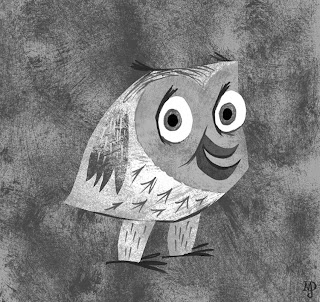 First card attempt was the 'yool owl' idea. There's much I like about the little fella but my contrary 'jiminey cricket illustrator on my shoulder' made me try, try again. 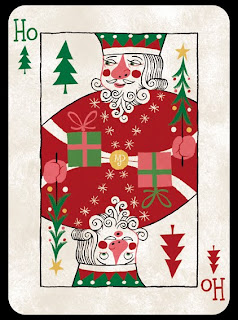 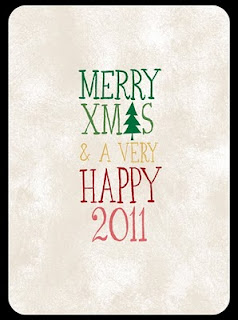 So it's a christmas CARD as my christmas card this year. I like the notion but I'm still (version two this one) not entirely happy with how it's turned out. That said it's the thought that counts isn't it so... MERRY XMAS & A VERY HAPPY 2011 to EVERYONE who has happened on by my blog. I really do appreciate the comments I receive and I know 2011 is going to see the blogosphere crammed full of fantastic new work for us all to rabbit about!

Enjoy those mince pies everyone!!!
Posted by matt dawson at 14:50 8 comments: