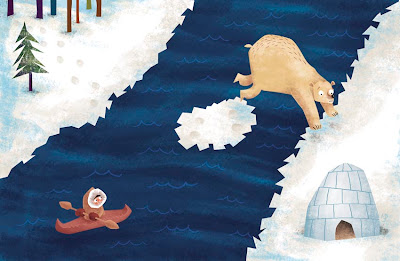 Here's the last of the pisugtook colour spreads for the moment. Now I want to crack on with something else the same only different.
Posted by matt dawson at 21:53 2 comments: 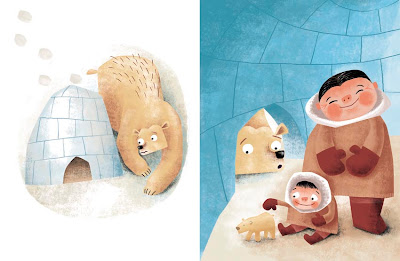 I'm pleased with the little inuit/eskimo child and the igloo interior layout. I was ready for the novelty of drawing the mother bear to wear off (and it has) so to speed things up as best as I can I'm compiling an overall colour palette I can quickly eye dropper from as I go. On to the last colour spread for now.
Posted by matt dawson at 12:49 2 comments: 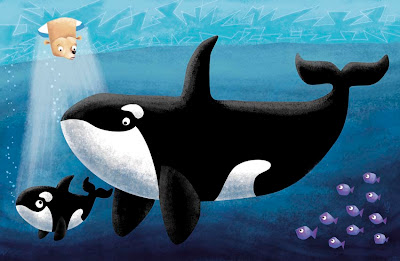 I really enjoyed working on this spread, although I couldn't use the turquoise I wanted for the water (I'm working with the all controlling gamut warning on in photoshop, CMYK all the way...). It will be a good exercise to work up some of these pisugtook spreads (or something in the same vain) in natural media when I have time. I work in digital mainly for speed and convenience at home, but I'd love to really push my painting skills into new areas. Onward with the next spread.
Posted by matt dawson at 16:47 2 comments: 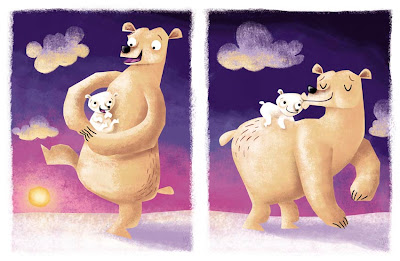 The next colour spread for the polar bear tale. I'm quite surprised (pleasantly so) at how the palette for the arctic sunset has turned out on this one. I've been aiming for a feel of the great "What's Opera Doc" layouts by Maurice Noble. I wouldn't think to put this in the same league but those great stylised Looney Tunes animations have certainly been lurking in my brain since I was little. I think you come back to such (seemingly) simple artwork and look at it with fresh eyes and admiration as you work and work at being a better illustrator. I haven't created a colour treatment / model sheet for my characters so I'm honing and tweeking as I go along. As such I think the mother bear has developed slightly since the forest spread...I'll have to back track when I've finished all the spreads that I'm working up (my agent will need 4 or 5) and modify her somewhat.
Posted by matt dawson at 19:36 4 comments: 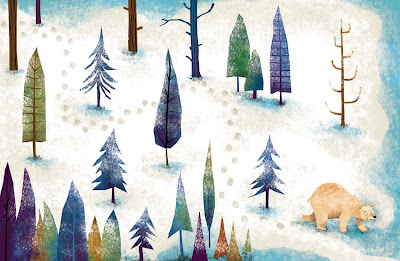 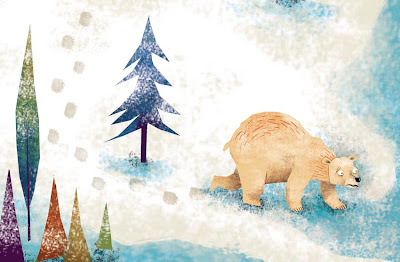 Here's the coloured up spread for pages 12 & 13. I'm pretty happy with the palette although it's going to be a never ending battle to keep the polar bear distinct from her background, despite my colour choices, but I suppose that's why polar bears are light coloured after all, to blend in. I think I'm going to have to show a bit more discipline over my photoshop brush sizes as they are starting to blur out in places (snow on trees) from being over large. It will be suitable for a christmas card if nothing else!
Posted by matt dawson at 16:57 5 comments: 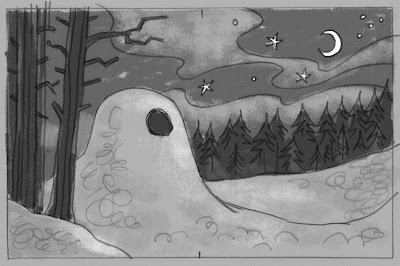 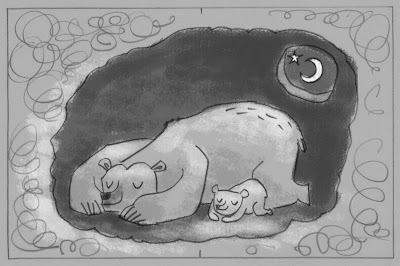 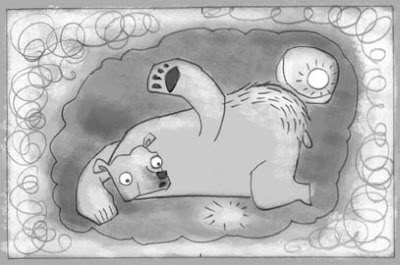 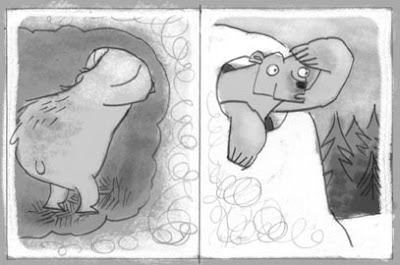 PPS. does anyone else find blogger really buggy when used on a Mac...16 images to attach (and attached over again!!!) takes seemingly forever...phew done!
Posted by matt dawson at 10:49 2 comments: 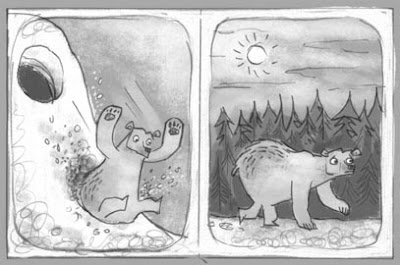 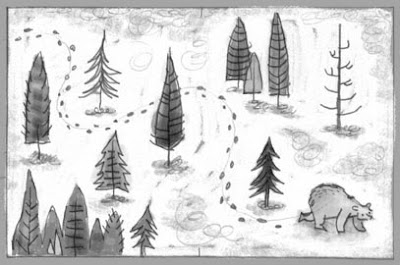 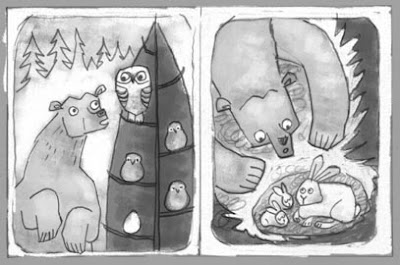 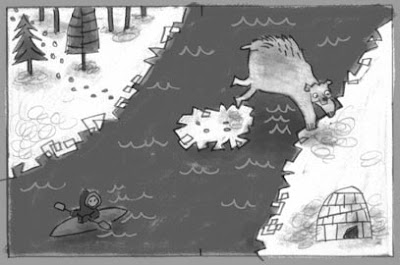 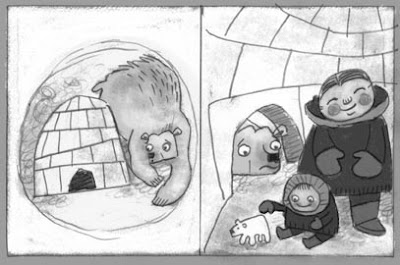 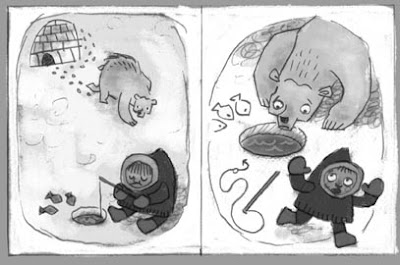 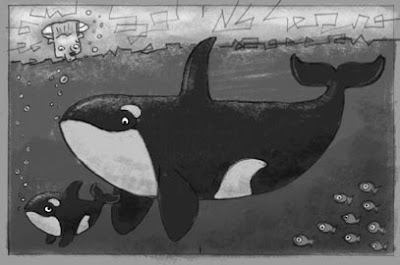 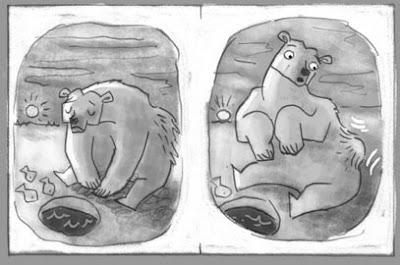 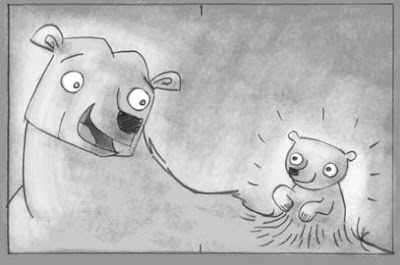 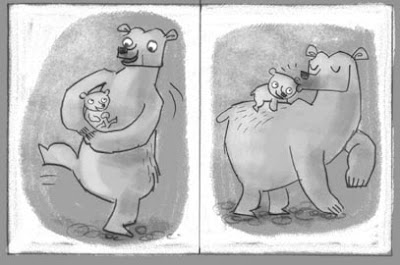 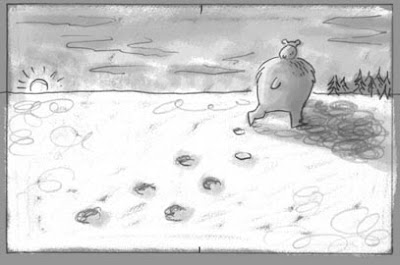 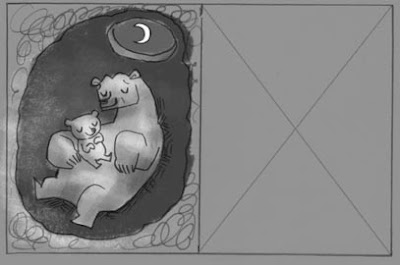