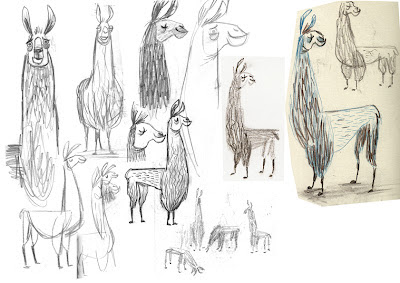 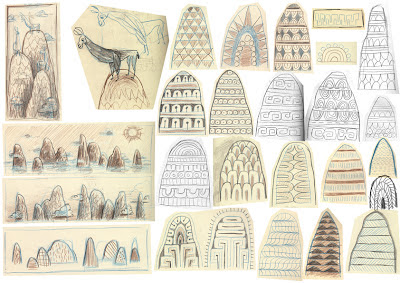 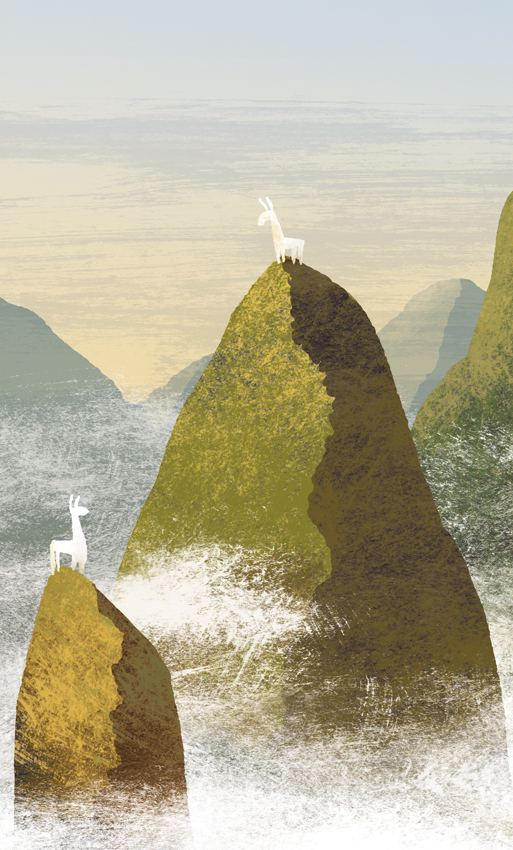 I've been meaning to practice more of late my environments / backgrounds and using colour to establish a scene so this illustration became more of an exercise than a way to play with Llamas. In case all the Inca and Aztec pattern studies don't make sense I did intend to have graphic decorated Andean mountains in the mix too but the final result worked better without any additions. Still fun to play about with patterns though.
Posted by matt dawson at 19:08

Lovely sketches, I like all the designs for hills :)

Love this Matt - from the wealth of character in each llama sketch to the beautiful colour and texture in the finished piece.