Well it's been a while in gestation (and I've hinted at it in an earlier sketch) but I'm very pleased to be able to finally post the work for a commission I got recently to provide both the cover illustration and design for author Shannon Selin's epic historical novel "Napoleon in America".

Now I will admit that I didn't know a whole heap about Napoleon save for the odd factoids regarding hands in waistcoats, distinctive headwear, "not tonight..." comments and death by wall paper (look this last up, very intriguing). That being the case it's been an interesting journey reading Shannon's fascinating book and researching a little myself into the short guy (not at all the case... look up British propaganda and Cruikshank's cartoons...) with an abundance of character. I also learnt a fair amount on nautical accoutrement (ratlines, belay pins, bulwarks and such...) along the way.

Shannon and the folks at Dry Wall Publishing left the cover brief wide open, but gave some very handy pointers on geography and the world of 1820's America for me to get a hook on things. From there I pitched in with several possible approaches and, pleasantly they all liked a runner up cover concept enough to use it as a black and white frontispiece image alongside Napoleon surveying his new dominions atop a texas cliff on the cover.

There was even to some 'frankenstein forgery' to be done on Napoleon's signature for the title treatment. For this I created a cut and paste of the great man's (it has to be said, untidy) signature from several of his actual chicken scrawls. I then used this as my reference to rewrite it in ink for the cover. Ah, if only I could find Napoleon's cheque book.... he must have been good for a franc or two ;-)

Thanks to Shannon and Dry Wall for the inspiring brief and being a delight to work with. All I can say is if you already know something of Napoleon and would like to add to this with the alternative history of his exploits beyond St Helena (and all this based on an actual escape plan that was never set in motion... look that up too) or, you know little about him but love a good historical yarn (and you might just learn stuff along the way as I did...) look out for Napoleon in America, available in hardback, paperback and ebook early in 2014. Shannon has a pdf extract of the book on her own website if you would like your appetite whetted.

Incidentally I typed all this with one hand tucked in my coat ;-) The stereotypes still persist. 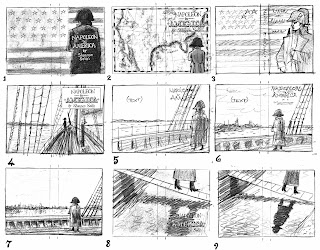 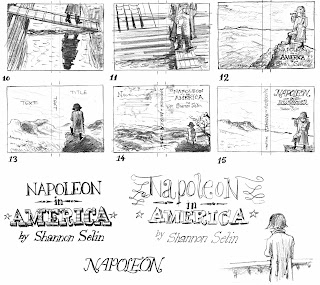 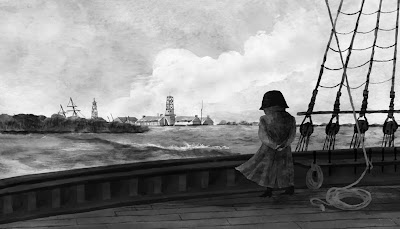 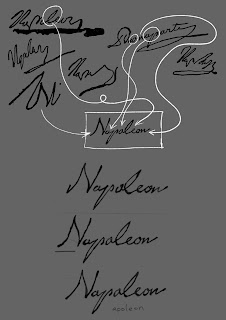 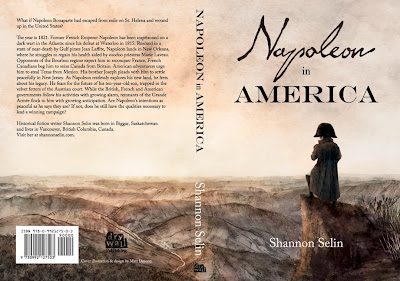 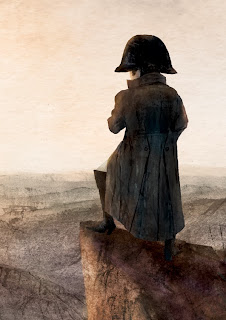